A movie party! The kind of event we love to do and would love to do even more on this sim. We’re having one today Friday 14th, with the tunes of DJ HaileyMarie Redrose. The movie screening will begin at 7:30 PM, with the dances opening at 8 PM.

Oh, I should tell you something about the movie itself, right? Ah, there’s so much to say, but I wouldn’t want to repeat myself: I prepared an interview with the debuting director and their partner, debuting producer. You can read it right here. 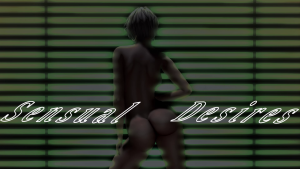 Okay some may have just recognized the person by her cute butt from this pic, right? Let’s face it, this movie, which involves over 40 individuals and features voice acting. thunderous spanking and hilarious valley girl accents, is one of the best and most memorable events ever happened to the world of adult machinima, and a testament to the special place the director, Rachel Avro, earned in the hearts of many, but also to her ability to organize, together with newfound skills as cinematographer and editor that a student of the game like her picked up almost as she was going. Going for the most ambitious debut video to my memory! And her partner in crime Stacey Lucciano, producer of this flick, has been such a positive influence and essential part of her recent endeavours. We’ll be thrilled to host this party, so, catch you at 7:30 PM for the movie premiere!